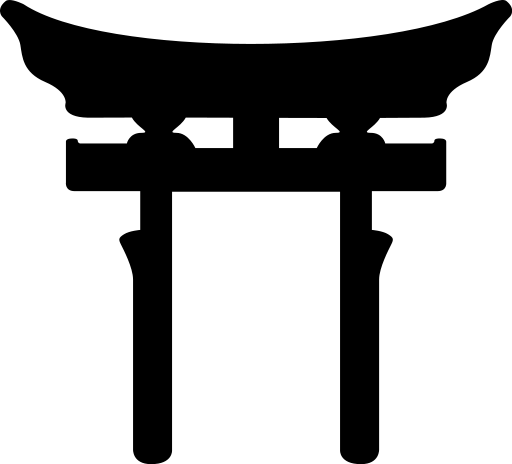 Shinto (神道 Shintō) is a nature-based faith of Japan. The term ‘Shinto’ is composed of the two kanji 神 (Shin or Kami – meaning the divine) and 道 (To/Do or Michi– meaning the way, method or path). Therefore ‘Shinto’ means ‘The way of the Kami/Divine’ and is also known as ‘Kami-no-Michi’.

Shinto is an ancient faith and has existed even before there was a name for it. It appears to have originally been a mix of native Japanese folk beliefs and various aspects imported from elsewhere in Asia. It is a belief system based around nature (Great Nature) and how ancient humans related to it.

Shinto is an animistic faith and believes that spirits (known as kami) are present in everything. Shinto does not offer to provide an understanding of how nature and the world work – it instead encourages us to explore the divine for ourselves through ritual and experience.

You can read more about Shinto beliefs here:

Do you need to be Japanese to be Shinto?

Absolutely not! Shinto is a faith which is open to all, regardless of nationality, gender, sexuality or background. Although there are some individuals who do believe Shinto should be just for the Japanese, this is seen as being against the core principles of the religion and is an outdated opinion. In fact there are several International groups dedicated to spreading information about Shinto and many shrines outside of Japan itself.

Do you need to speak Japanese or have visited Japan to be Shinto?

Of course not! Japanese is a very complicated language and not everyone has access or the time to learn. Although many norito (prayers) are performed in Japanese, they often are accompanied with an English translation in books. If you do want to read the norito in the original Japanese it is possible to simply learn the pronunciation of the syllables – most norito are available written in romanized Japanese (romaji). Japanese pronunciation is very simple to learn and you can also listen to many of the norito recited on Youtube to get an idea of what they sound like.

Visiting Shinto shrines in Japan is the dream of many of us non-Japanese Shinto followers but unfortunately this is an incredibly expensive goal! Many of us visit Japan at least once every few years, but others may go through their whole lifetime without being able to visit. Although Shinto is heavily centered in Japan, you can of course be a member of the faith without visiting shrines. Thankfully with resources such as YouTube, English-language books and many websites and blogs (like this one!) it is fairly easy to get as much information as Shinto and Japan as possible without visiting the country itself.

The absolute best place to obtain ritual items is at a Shinto shrine. Not all shrines carry items, but most sell at least ofuda (paper ‘tablets’ that contain the essence of the shrine’s kami) and omamori (charms). Larger shrines also sell kamidana and other shrine objects such as fox statues. If you know someone who is visiting Japan, maybe you can get them to pick something up for you!

For those who have no access to buying directly from a shrine in Japan (and many do not have English language pages or ship internationally), there are alternatives:

There are also other places you can purchase from who ship international, though it is advised to at least get the ofuda and omamori directly from a shrine.

Rakuten: Some Japanese would be an advantage as translations are inaccurate. They sell a wide variety of Shinto products. Ise Miyachu sell many Shinto supplies.

Ebay: Shinto supplies are available on ebay! My favourite supplier is Yappari Japan.

Amazon.jp: Amazon sell various Shinto items if you know what to look for! A knowledge of Japanese would be an advantage but it is also possible to navigate the website in English by clicking the small language bar icon.