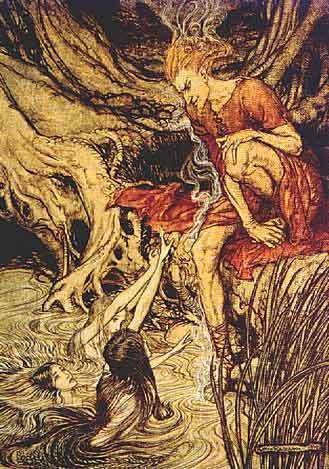 So this post is not directly Shinto or Druidry based, but as you have probably gathered, I am an eclectic Pagan and sometimes deities from other pantheons do come calling. Loki is one of them. To say that Loki has only just began calling would be a lie, I know and recognize that he’s been around me for at least 10 years.

It all began when I first read about the Norse god whilst doing Wiccan studies back in 2004. The name ‘Loki’ started off sounding very familiar and I had a feeling that something had awoken within, a type of firey energy that I couldn’t explain. I didn’t look too into it and moved on, content with the God/Goddess and no particular deities in particular. I was given various reminders around this period of my life from meditations involving black wolves, young red-haired men and of course, the crow becoming one of my primary guides, next to the wolf.

My next major contact with Loki came with, as with many, the release of the Marvel movies ‘Thor’ and ‘Avengers Assemble’. I adored Tom Hiddleston in the movies as Loki, though I knew this was a fictional version turned into a villian. But I became obsessed with the character Loki, looking up the lore once again, and even naming my first pet snake after him. And of course, I thought about working with him but the negative posts and experiences with him as a deity turned me off big time. I wasn’t ready for that kind of commitment.

Loki has been calling to me again, over the last few years. I find that some deities seem to come and go, they might show up when you need them and then leave, but Loki has been my ‘stalker’ since I started practicing. At first, I was afraid. The signs and symbols kept flooding and I ignored them, like many people do. In fact, I thought a lot of the crow and raven symbolism that came my way was Morrigan calling, but now I release it was Loki all along. I know that Loki is known to masquerade as other gods to get to people too, so perhaps he has been doing that for a while.

On Monday I did a ‘week ahead’ tarot reading and one thing that stood out to me is that it stated ‘social interactions will lead to a new path, a new opportunity’. I had it in my mind that this was helping out with the local Pagan group, as this was my first moot and I had already made it known to them that I was happy to help in whatever way I could.

On the night of the moot, the conversation quickly turned to Loki. I felt an almost guilty feeling about it, that there was a person at the moot who identified as a Lokean and talking freely about him. I wondered if I had misjudged him. We joked and laughed about Loki’s mythology, but I got a strange sense of paranoia, almost like we were talking about me in third person. I almost felt as I had been tricked into coming to the moot, expecting one thing and getting something different – Loki, I feel you there.

After the moot, I could not stop thinking about Loki and spent all of yesterday once again reading and researching him. I learned more about his pain and past, his ‘bad’ and ‘good’ deeds, his meaning to pagans and heathens alike. It felt like I was finding new parts of myself, almost like I have ‘come out’ and learning new things that I didn’t know were possible.

Confused, I asked Loki for a sign to help me understand if it is him calling me. I clicked a page in my research and immediately, there was some artwork of Loki dressed up as a fox, fox mask in hand. That was it to me. My patron deity is, of course, Inari. And Inari is heavily associated with foxes. That was the sign.

Out loud I stated ‘Fine, Loki. I get it. I welcome you.’ And I felt the biggest relief possible. Almost like my entire body sighed and went ‘FINALLY!’. Since then, I have felt an immense firey energy about me, I struggled to sleep last night because I was so inspired to write this post (of course, I waited until today). I did some automatic writing and Loki provided me with a collection of sigils to use for him and for magic working. Some of them looked like runes and I looked them up – the meanings were accurately on point for what I was to use them for.

I have never experienced such a talkative deity before, and it’s going to take some getting used to. For a long while I have been trying to project myself as a ‘pure’ person, delving deep into Shinto, making sure to always portray myself spiritually as mentally and physically sound, when I’m not. I have chronic illnesses and personality disorders. And you know what? That’s okay. The world needs to know that these illnesses exist, especially ‘invisible’ ones.

Therefore, I believe Loki is helping me to learn that it’s okay to talk about things. It’s okay to joke and laugh about them too. They are a part of life, and by hiding them I’m making myself worse. He is teaching me to be more honest, even when the truth hurts. And life does hurt, it’s just part of living.

I very much feel that this is the balance that the gods have been trying to get me to understand for a long, long time. Things suddenly feel very right, like I can move on with the energy and creativity to achieve my goals.

As a thank you to Loki, here is my personal writing and apology:

I apologize to you for my misjudgment,

I absorbed the tainted words of others, I shut you out.

I see now that you have been with me always,

Through pain and strife, through hate and fear.

You’ve supported me and helped me discover who I am inside,

I know it’s okay now to be different, to be ill physically and mentally,

To be transgender and not solid with my gender expression.

There is no shame in these conditions,

You take these aspects and you rule them.

Defender of the infirm, the bullied, the weak and the oppressed.

I welcome your influence into my life and my being,

I ask that you show me the hard truths I need to learn,

And give me the courage to change what needs to be changed.

Allow me to be more open with myself and others,

About my personal sufferings, so that I may spread joy.

There is no Light without Dark.

Hail to you Loki, My friend in the Otherworld. ”

10 thoughts on “A Calling From Loki”