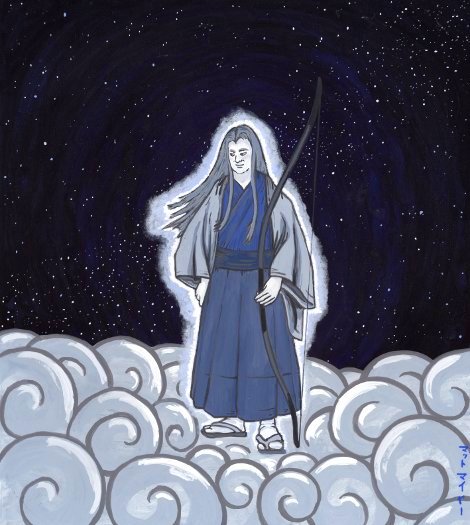 Kami of: the moon

Themes: Balance, Sensitivity, Intuition and other aspects associated with the moon 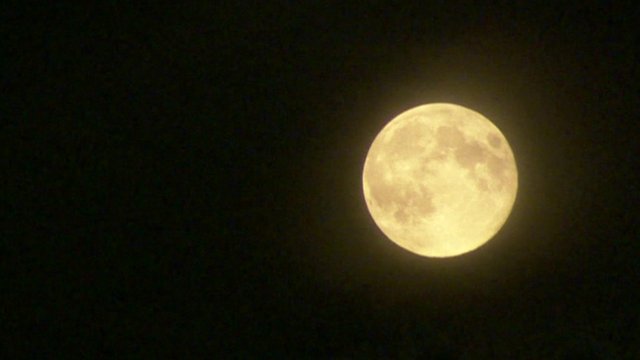 Tsukuyomi is the Shinto moon kami. Unlike in many ancient religions and myths, this Japanese moon deity is usually portrayed as male. Tsukuyomi was the second of the three noble children (三貴子, みはしらのうずのみこ,Mihashira-no-uzunomiko) botn when Izanagi-no-Mikoto cleansed himself of sin with misogi, after escaping his angry dead wife in the underworld, Izanami-no-Mikoto. Tsukuyomi was born when he washed out of Izanagi’s right eye – though in an alternative story he was born from a mirror made of white copper in Izanagi’s right hand.

Tsukuyomi was entrusted with ruling the sea (Nihongi) or over the realm of night (Kojiki). In the main account of the Nihongi, Tsukuyomi is produced jointly from Izanagi and Izanami as a complement to the sun kami, Amaterasu.

Tsukuyomi then climbed a celestial ladder to the heavens, where he resided with his sister, Amaterasu-no-Omikami (the sun kami). At one point, Amaterasu sent Tsukiyomi to represent her at a feast presented by Uke Mochi, the kami of food. Uke Mochi created the food by turning to the ocean and spitting out a fish, then facing the forest and game came from her mouth. Finally, she faced a rice paddy and coughed up a bowl of rice.

Tsukuyomi was repulsed at how this food was created and in a disgusted rage, killed Uke Mochi. Amaterasu heard what had happened and became so angry at her brother, she refused to look at him. This is the reason that the sun and moon are separated, creating day and night.

As with most moon deities, Tsukuyomi represents balance, spiritual power, dreams and understanding our shadow selves. Tsukuyomi knows what it is to be enveloped in darkness always – he can help guide us through the night and through our dreams. He has had time to reflect upon his mistake and has grown wiser because of it. Pray to him for clarity in dark times, the light in the blanket of night.

Although Tsukuyomi is usually portrayed as male, he contains a perfect balance of both masculine and feminine energy.

Tsukuyomi can be prayed to at any time but is especially powerful in his influence on the full and new moon. Many types of moon magic, purification and meditation can be done at these times. Use Tsukuyomi to help you come to terms with the negative aspect of yourself and learn how to manage them and reflect on them.